According to Alfredo Reyes Darías, this was built in 1596. There must have been a small church there, an annex to San Pedro de Daute, but it is not known when this was built.

The local population asked Bishop Francisco de Villanueva to create a parish based on this church; this was granted on the 16th of April, 1642.

This won total independence for El Tanque from Garachico in civil matters, as the magistrates had already appointed a mayor some time before.

The terrible volcanic eruption that was to cause so much damage in the area of Garachico, occurred in 1706. After devastating the vines, wheat fields and beautiful woodlands that covered the slopes, it destroyed all the water and turned the whole area into a monstrous badlands, overwhelming the church, where it caused vast losses. A civil building was then used for religious services, the corn exchange, until the church was rebuilt.

Migration has marked this area, which is why one of the Patron Saints is Nuestra Señora del Buen Viaje. 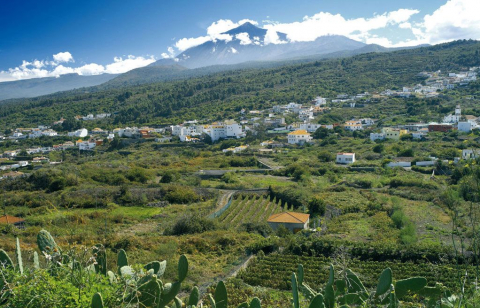