There is very little information about the origins of the borough of Arona, and the little that does exist, is scattered. This information refers almost exclusively to the traditional existence of some settlements after the conquest. Viera y Clavijo mentioned the settlement of Arona, along with those of El Valle and Cabo Blanco, when he referred to Chasnia "also known as Vilaflor".

The church of San Antonio Abad was built, it appears, by the son of Antón Domínguez the Elder, in the 17th century, because his house was too far from Vilaflor. The church was made a parish church by a separation writ dated the 30th of March, 1796, separating it from the mother house in Vilaflor.

Despite these modest beginnings however, the borough has recently experimented spectacular growth. In the mid 19th century, Los Cristianos was no more than a small fishing harbour and a quarry; today it is an important holiday resort.

The people, deeply affected by the problems caused by the slump in cochineal prices, the collapse of farming, the effects of the first world war and the Civil War -emigration-, have increased nine-fold in a century, which illustrates the development achieved by this beautiful southern borough. 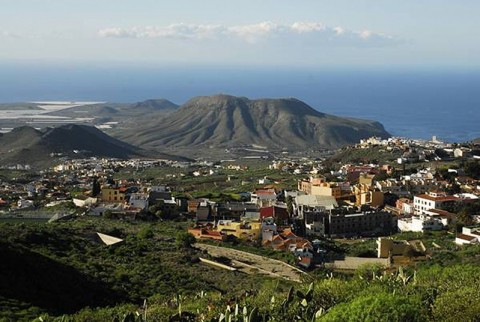