El Sauzal was an important place in pre-Hispanic Tenerife, as can be seen from the abundant archaeological finds that have been made in the borough.

After the conquest, Governor Alonso Fernández de Lugo distributed land and water, some in this area, which led to a settlement growing up in the coastal district. In 1505, a small church was founded, devoted to Los Angeles. The area then experimented agricultural and economic growth.

The area of Altos de Ravelo was given to Lope de Fuentes; the first known Mayor, Pedro Vergara, was his neighbour. The district became a livestock and breeding centre.

Finally, another settlement grew up in the intermediate area, where the Queen ordered the parish church of San Pedro Apóstol to be built. The first parish priest was Sebastián Bello, brother of Alonso, the founding father of the town.

In 1572, the town became the political and administrative centre of the island, due to an epidemic of plague in London. The Town Hall became the parish church of San Pedro.

Although records show that El Sauzal has had a Mayor since 1676, the Council was not created until the 19th century, with the Cortes of 1812. 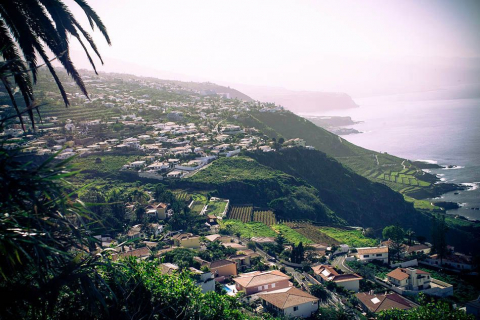