After the conquest, Fernández de Lugo granted most of the native kingdom of Abona to the Duke de Medina Sidonia, through his factor Suárez de Quemada, in payment for the loans he had received to pay for the campaigns.

When programming the island economy, the kingdom of Abona was one of the areas that presented the greatest difficulties, due to its large size, lack of water and small population, so it was devoted to grazing, alternating with dry-land crops in the higher areas, and irrigated crops in the foothills.

Initially, building was done in the original Guanche style. This lasted up to the end of the 16th century and beginning of the 17th century, when the first houses were built. This led to the first hamlet, El Lomo de Arico, the church of San Juan Bautista and the foundation of the parish.

In the 17th century, the hamlets of El Rio and Arico Viejo emerged and in the 18th century, Arico Nuevo.

In the 20th century, there was an attempt to move the borough capital to Arico el Nuevo, without success, and the capital remained in Lomo de Arico, which was declared a town ("Villa") by Alfonso XIII in 1916. 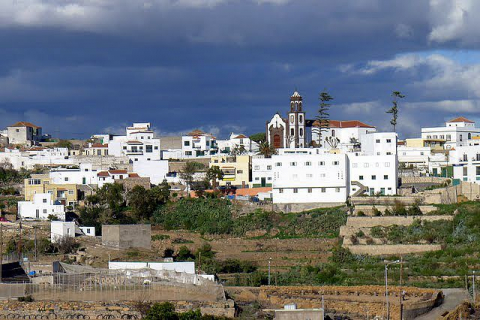