There are archaeological remains in the borough that are testimony to a native presence here before the Spaniards arrived. Once the island had been conquered and the capital had been established in La Laguna, orders were issued to build a dock in La Orotava in 1506.

The port had a very small population in the 16th century, that lived from trade. It was not until the beginning of the 17th century when Juan Antonio Franchy Lutzardo was given a commission by the council of La Laguna to "form a town, indicate sites, lay out streets and make a church with its square".

Sugar cane declined in importance and the new single crop was wine, which was exported from here to England, which explains why English merchants settled here.

After the port of Garachico was destroyed by a volcanic eruption in 1706, Puerto de la Cruz grew in importance. The 18th century saw important changes in the lay out of the town and also in public works.

The development of Santa Cruz de Tenerife, along with successive crises with each of the single crops produced, led to a decline in the borough, which continued until the tourist boom. Puerto de la Cruz was the first tourist resort on the island, receiving foreign visitors long before anywhere else, in its hotels. 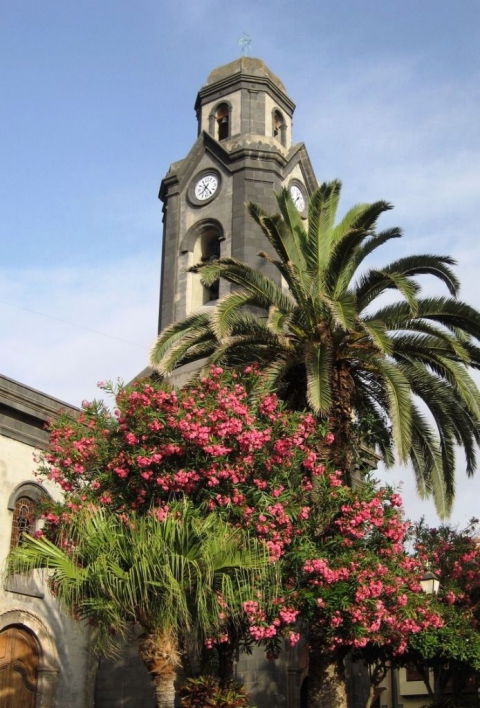