Viera y Clavijo in his Noticias, when he talked of the kingdoms of Tenerife, mentions the kingdom of Abona, referring to the kings, but the name of Granadilla does not appear on record until the end of the 16th century.

Settlement started after the conquest, so the foundation of Granadilla dates from that time.

It soon had a church, which was later elevated to the category of Parish Church in 1617. This church was burned down in a fire and was later rebuilt.

The town also had a Franciscan convent, founded in 1665 at the request of the local people. This was also destroyed by fire, in 1745, and also rebuilt.

The area was declared a borough in the 19th century and at the beginning of the 20th century, it is made the judicial centre of the area.

Because of a lack of roads, Granadilla had to use sea routes to communicate with the rest of the Island, through the ports of El Médano and Los Abrigos. The situation changed in the early 30's, when the Southern general main road arrived. 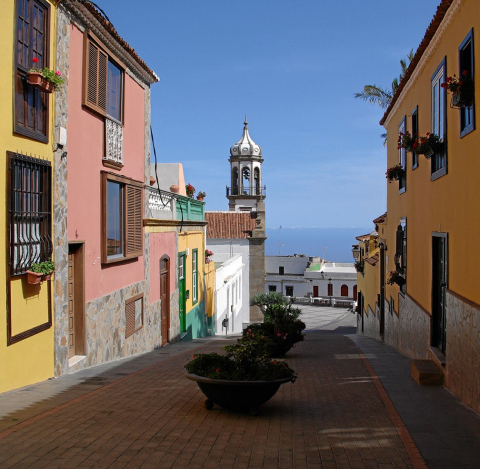