1The trail starts at the church of San Francisco de La Montañeta, from where you follow the road up to the forestry hut. Opposite the forestry hut, you take a path that leads 300 metres above the road. Once you are back on the black top, you follow the road until you see the sign that says "Arenas Negras". There is a bus stop next to the sign. From here, you take the dirt track that climbs from the road. Follow it for about 2 kilometres without turning off. It is best to make this climb during the cooler times of the day, in order to avoid the heat and too much sun. 2 After climbing for about 45 minutes, you will reach the recreational area of Arenas Negras, equipped with taps, grills, tables and a camping area.

Much of the trail follows an old Bridle Path, which, in turn, follows the trajectory of the lava flows that descended from the crater of the Montaña Negra Volcano when it erupted in May 1706. The lava swept down the slopes to overwhelm the villages in its path, on its way down to the harbour, where it wiped out part of the town and reduced the size of the bay.

Los Reyes church (unaffected by the eruption of 1706). Puerto de Tierra (the remains of the harbour before the 1706 eruption). 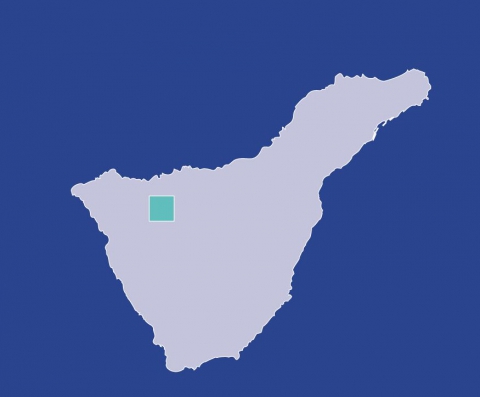