On 9 March 2009, Teide National Park was inscribed on UNESCO’s World Heritage List for complying with two selection criteria: “to contain superlative natural phenomena or areas of exceptional natural beauty and aesthetic importance; to be outstanding examples representing major stages of earth's history, including the record of life, significant ongoing geological processes in the development of landforms, or significant geomorphic or physiographic features”.

In 2004, the regional government of the Canary Islands proposed that Teide National Park be inscribed on the World Heritage List at the meeting of the Historical Heritage Council of Spain, but no official candidature was declared until 2006. That year, an assessment committee from the International Union for Conservation of Nature (IUCN) visited the island and the park, contrasting the details contained in the technical document of the candidacy.

The IUCN report emphasises the fact that Mt Teide is “a striking volcanic landscape dominated by the jagged Las Cañadas escarpment and a central volcano that makes Tenerife the third tallest volcanic structure in the world. The visual impact is emphasised by atmospheric conditions that create constantly changing textures and tones”.

The report also acknowledges that Teide National Park is “an exceptional example of a relatively old, slow moving, geologically complex and mature volcanic system. It is of global importance in providing diverse evidence of the geological processes that underpin the evolution of oceanic islands”.

Moreover, the IUCN made special mention of the important role of biodiversity in Teide National Park. Tenerife is therefore regarded as one of the few islands in the world that can support zonal ecosystems above the tree-line, giving rise to “two unique ecosystems and one of the best natural environments in the world for primary ecological successions linked to the variety of volcanic deposits and the adversity of the climate”. The committee also considered that there is an impressive diversity of flora and fauna with numerous vascular plant species that are exclusive to Teide National Park.

Furthermore, the site is of international importance because it is a “major centre for international research” with a long history of influence on geology and modern volcanology. Tenerife and Mt Teide in particular have long attracted the interest of naturalists and geoscientists from all over the world. 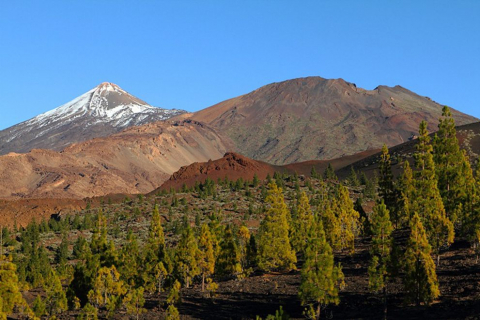