Departs early toward Villa de La Orotava for a walk around the streets to admire the typical architecture, with remarkable and beautiful balconies.

The excursion then continues toward Monte de la Esperanza (short coffee stop). You then start climbing up to Las Cañadas National Park, continuing on to the Parador Hotel and Roques de García (stop).

The excursion returns along the same route, down to the restaurant area, where you have free time for lunch (not included) and back to the hotel. Cable car NOT included.

Icod - Garachico (with a camel ride)

Pick-up at the agreed point to head off toward Garachico, which used to be the Island's major port.

Visit to San Miguel Castle, the church of Santa Ana and "El Caleton" (natural pools formed by lava flows from the 1706 eruption that destroyed the port of Garachico and part of the town.

The excursion then continues on to El Tanque for a camel ride and lunch. The trip then continues to the town of Icod de los Vinos, famous for its wines, its thousand-year-old Dragon Tree and the church of San Marcos. Back to Puerto de la Cruz.

Pick up at agreed spot and then off to Guía de Isora, from where you get a view of coastal towns and the island of La Gomera.

The excursion then continues through Chío to the Chinyero volcano (last eruption in Tenerife in 1908), Pico Viejo, Llanos de los Rojos and into the Ucanca valley to the Ruleta look out point, Roques de García and the National Parador Hotel (brief stop).

You then continue on to El Portillo, with free time in the restaurant area for lunch (not included). The return trip goes through Villa de Arona. Teide excursion (half day). Ask your rep.

Departure from the pick up point, then off toward Santiago del Teide, Cumbres de Erjo and San José de los Llanos to the Garachico look out point, from where you have a magnificent view over Villa de Garachico. The excursion then descends to Icod de los Vinos for a look at the "Thousand-year-old Dragon Tree".

You then continue on to Puerto de la Cruz. Free time for optional visits and lunch (not included). Return to Playa de las Americas by motorway.

Visit the capital of Tenerife, island and province.. It started off as a small port serving the neighbouring city of La Laguna. It is now the most important commercial centre on the Island. Free time for shopping or for visiting sights like the church of La Conceopción, Parque García Sanabria and the Archaeological Museum, with its fine collection of remains and mommies from the Guanche civilisation (the original settlers of the Island), or the Natural Science Museum. 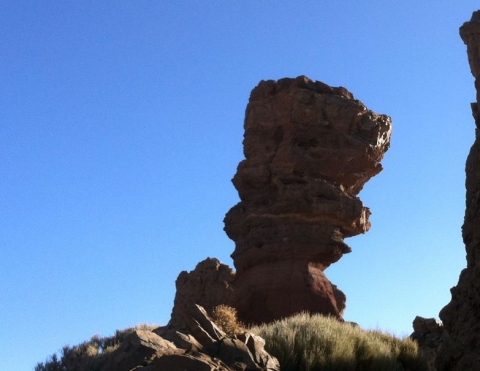